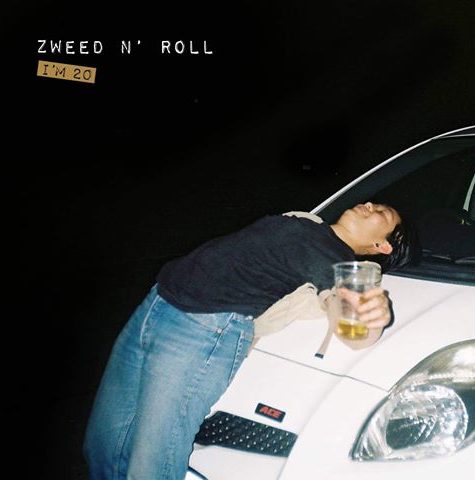 They met at Faculty of music in the University and formed this band with 5 people in 2012. Over a long period of time, they released the first album “I’m 20” with their own label.

Lirico / Inpartmaint label in Japan has released this album with Japanese translation.
They had the first Japan tour in 2019 as First album released event, 3 places in Tokyo and 2 places in Kansai area. They attracted Japanese fans with their music quality and the sweet voice of Pat touched their hearts. Their first Japan tour was amazingly succeeded.

We had an interview with them after Pai Acoustic Festival which had been held in Pai, Northern Thailand on Jan 15 & 16, 2020.

–Sawadee kha! Please tell me where the name “Zweed`n Roll” derived from?

Pat:New (Base) decided. He changed the word “Rock” to “Sweet” on “Rock and Rock”.
Zweed`n Roll as Sweet and Roll!

Pat:  It’s also decided by New. One of the characters on online game “21 century”, his name was spelled “Z” instead of “S” and we referred it. It feels like we play the game all time.

New:We went to Music University and have studied music, so we’ve thought to work in music field whatever we do.

–Please let me know the band which the member got influenced and the band you covered.

ーWhich band and live did the most influence to you?

New:Ummmm…. It’s hard to say… but…Yes! Documentary film of Cold Play.
I think all members think the same. We went to see the movie together and that was the most!

–Have you guys have an argument when you create a song?

New:Of-course, yes!
Everyone has a desire to create a great song with their best and it’s necessary to argue.
A clash of opinion needs to create the best song. But we have the same direction of sounds, so great song works out in the end.

–Pat, writes lyrics, don`t you? When you write lyrics, do you listed up or write at a breath?

Pat: It depends on the song, some songs take time and some songs write at once.

–How do you feel the band’s getting popular now?

New:I’m so proud of it. We’ve worked on our own label together and we’re now getting popular. I’m really proud of this.

Pat:I’ve never imagined singing in front of a large audience and I still cannot believe when I see the crowd.

New:We’ve had an offer from the label and discussed before.
But we only have short term plan for this band, not with a long term plan, so if we belongs to the label, we would have long term goal and the direction between the label and ours have a possibility to change. That’s why we will continue this band with our own label.

–What did you think about Japanese music scene during your Japan tour?

New：I’ve thought that only loud rock bands exist on music scene in Japan.
There’re only few loud rock bands in Thailand and I’ve thought Japan has only that type of bands.
And well… all performances are properly paid and the business runs well on live scene.

Pat :What I was surprised was that the bands in Japan are so shy, but they completely changed on the stage with full of confidence.

New: Yes! Yes! I thought the same thing. All of them changed on the stage.

–How do you describe “Zweed`n Roll” with one word?

New :(After a long time)Our (5 members) way of life, which we worked together for a long time

–Do you have any message with song or messages to fans?

–Do you have a plan of the second album? Maybe still a little bit ahead?

New: Yes, we have. We already have 2 new songs “you” and “every day” which we played today and we’re planning to create the second album in this year.It was supposed to complete last year. Lol

–So… Maybe the release plan in this year would shift to next year?

New:Lol. Yes, Yes…. This year shift to next year, and then shift to year after next, maybe….

–It took so much time for the first album, so it could happen the same thing to the second one?

Poon :This is “How Zweed`n Roll is” Lol.

New:  It takes a long time to create a great album.
To be honest, we better to create songs quickly for tour. In Thailand, we need to release new song every 3 months if we want to be on chart all time.

–Do you want to have Japan tour again? Any other countries? How about Europe?

ーYou mean next year?

New:Yes, I have to create 5 new songs for the second album first! Lol.